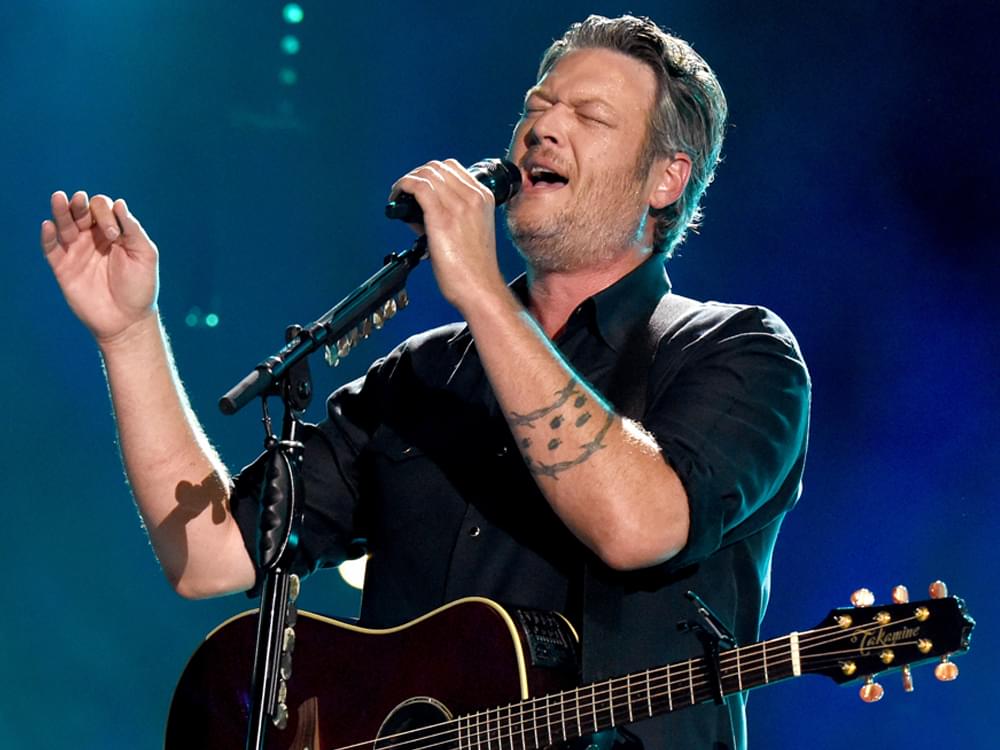 Co-penned by Blake, Chase McGill, Jessi Alexander and Rhett Akins, “Jesus Got a Tight Grip” will be featured on Blake’s upcoming album, Fully Loaded: God’s Country, which will drop on Dec. 13.

“Well, I knew the label would come up with some plan to release an album,” says Blake. “I’ve been vocal about how much I like this new way of releasing songs more frequently. It keeps me excited and gives me the opportunity to find the hot new song that I love and get it out to the fans quickly. I think they like it too. With five new songs on this album, you’ve got ‘God’s Country,’ ‘Hell Right’ and a few more that haven’t come out yet—maybe I wasn’t supposed to say that. But the fans will hear most of the music on Fully Loaded before it hits the streets in December.”

“God’s Country” is nominated for Video, Single and Song of the Year at the upcoming CMA Awards in November. Blake also earned a nomination for Musical Event of the year for his collaboration with Garth Brooks on “Dive Bar.”

Listen to “Jesus Got a Tight Grip” below.