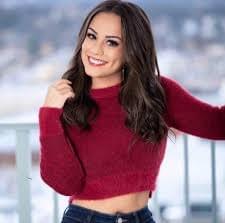 A complete copy of these rules can be obtained at the offices of radio station WFYR (“Station”), 120 Eaton St. Peoria, IL 61603, during normal business hours Monday through Friday or by sending a self-addressed, stamped envelope to the above address.

The Station will conduct the 97.3 Nash FM’s “Be A Big Star with Kenny” Contest (the “Contest”) substantially as described in these rules, and by participating, each participant agrees as follows:

Grand Prize.  One (1) Grand Prize will be awarded in this Contest.  The grand prize (the “Grand Prize”) consists of two (2) Big Star Package Tickets to Kenny Chesney’s Trip Around the Sun Tour at Busch Stadium 700 Clark Ave, St. Louis, MO 63102  , on July 21, 2018, ARV One Thousand, Eight Hundred and Twelve Dollars ($1812).  Winner is responsible for all taxes associated with prize receipt and/or use.  Odds of winning the Grand Prize depend on a number of factors including the number of eligible entries received during the Contest Period and listeners participating at any given time.

There is no substitution, transfer, or cash equivalent for prizes, except that the Station may, at its sole discretion and to the extent permitted by law, substitute prizes of comparable value or cash.  The prizes are expressly limited to the item(s) listed above and do not include taxes, gratuities or any other expenses.  Any tickets and/or gift certificates/cards awarded as part of a prize will be subject to the terms and conditions set forth by the issuer and are valid only on the date(s) printed on the tickets or gift certificates/cards.  Other restrictions may apply.