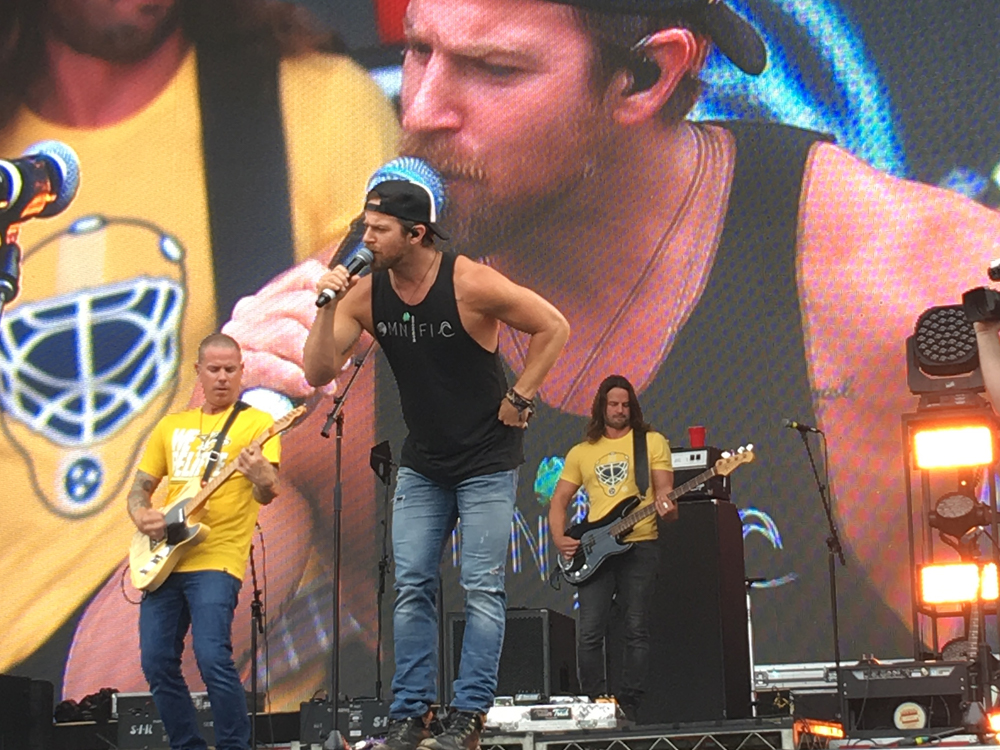 Rodney Atkins’ seventh annual Music City Gives Back charity concert was a smash in Smashville yesterday (June 5) as Kip Moore, Brett Young and Granger Smith fired up the downtown crowd before the Nashville Predators and Pittsburgh Penguins faced off in Game 4 of the Stanley Cup Final.

Hosted by Nash Nights Live’s Shawn Parr and Elaina Smith, the annual concert benefited the W.O. Smith Music School. In addition to Kip, Brett and Granger, the concert featured a few surprise guests—Preds cheerleaders, mascot GNASH and announcer Terry Crisp—who worked the crowd into a frenzy (and helped spur the Preds to victory).

“This is the first time we’ve had hockey still going on in June in Nashville, so the crowd was extra excited, and so were the artists,” says co-host Elaina Smith. “Brett even rocked a Preds jersey. It was a great way to kick off CMA Fest week. Not even a little rain could dampen the spirit of the crowd. It was so much fun, and it was for a great cause.”

Check out the photo gallery below.